What kind of penguins are there in Chile?
But first, let's see what types of penguins you can see in Chile. Fortunately, our country has 9 types of these birds in its territory:

Where can you see penguins in Chile?
Chile is one of the best places in the world to see these birds in their natural habitat. Here's where.

Damas Island
Luckily for us, the Humboldt penguin can be seen along the Pacific Ocean coast. To the north of Chile, near La Serena is Isla Damas, where the Humboldt Penguin National Reserve is located.

This is a must-see for those who wish to see the Humboldt penguin in its natural habitat. You can also see dolphins, sea lions and whales.

Carob tree
In this spa in the Valparaiso Region you can also see the Humboldt penguin, especially in March, the breeding season during which they nest in their colonies.

Magdalena Island
One of Chile's most important penguin colonies is located on Magdalena Island and Marta Island, northwest of Punta Arenas. Here you will find Los Pingüinos Natural Monument where there are approximately 60,000 breeding pairs of Magellanic penguins. The best time to visit is between October and March, when they are nesting. Visitors prefer to visit Magdalena Island, uninhabited by man, because it is larger than Marta Island. The Magellanic penguin looks similar to the Humboldt penguin. 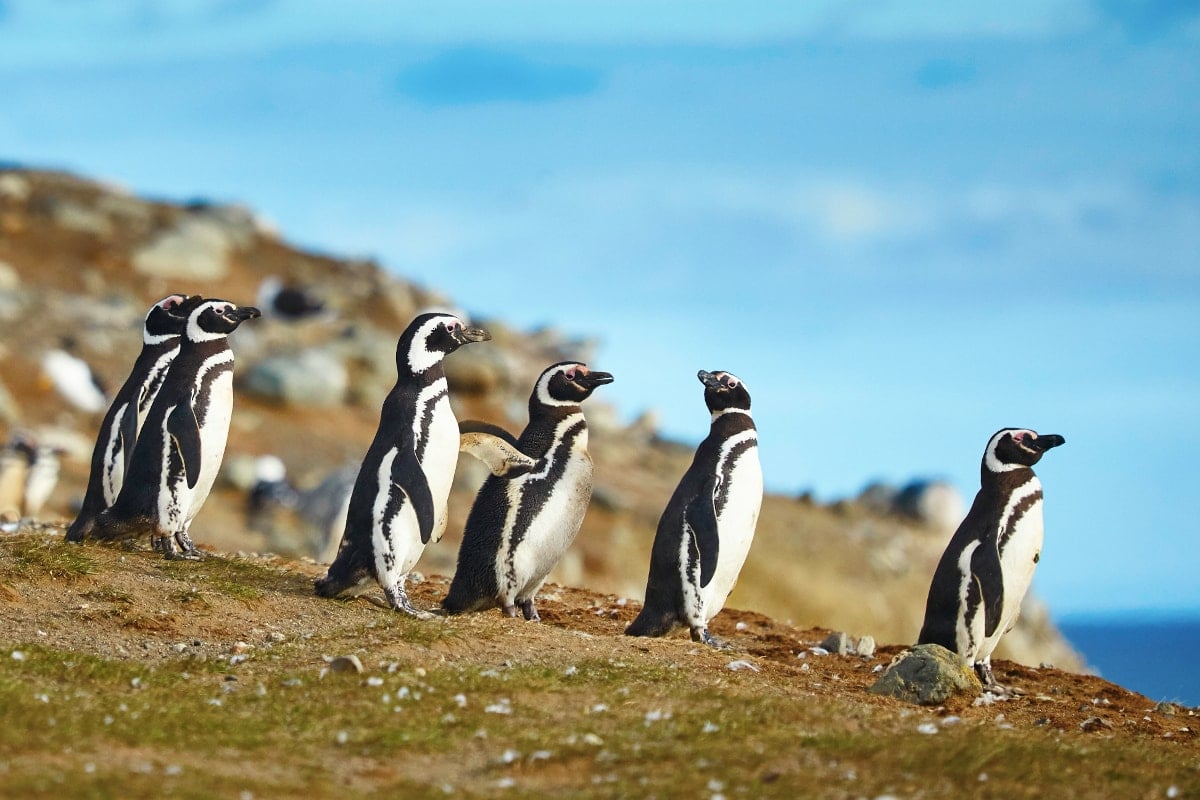 Chiloe
Near Ancud is the Puñihuil Natural Monument, three islands that are home to Magellanic and Humboldt penguins. This is the only place in the world where you can see both types of penguins together.

Otway Breast
Between October and March, many tourists head about 70 kilometers from Punta Arenas to observe Magellanic penguins. Thousands of these birds are sheltered here to reproduce and raise their chicks.

Martillo Island
The Papua penguin lives on this isolated and cold island in the extreme south, near the Strait of Magellan. Sometimes you can see one or the other king penguin.

Tierra del Fuego
The Yellow Tufted Penguin has feathers on its forehead and is easily confused with the Macaroni Penguin. It lives in the extreme south of the national territory, in the Archipelago of Tierra del Fuego in islands like Diego Ramírez, Noir and Ildefonso Islands. They can be seen on tours departing from Porvenir. In Bahía Inútil is the King Penguin Park where this majestic bird lives, distinguished by the yellow tones on its neck, head and back of its beak. Here its species is preserved, which is under constant observation. 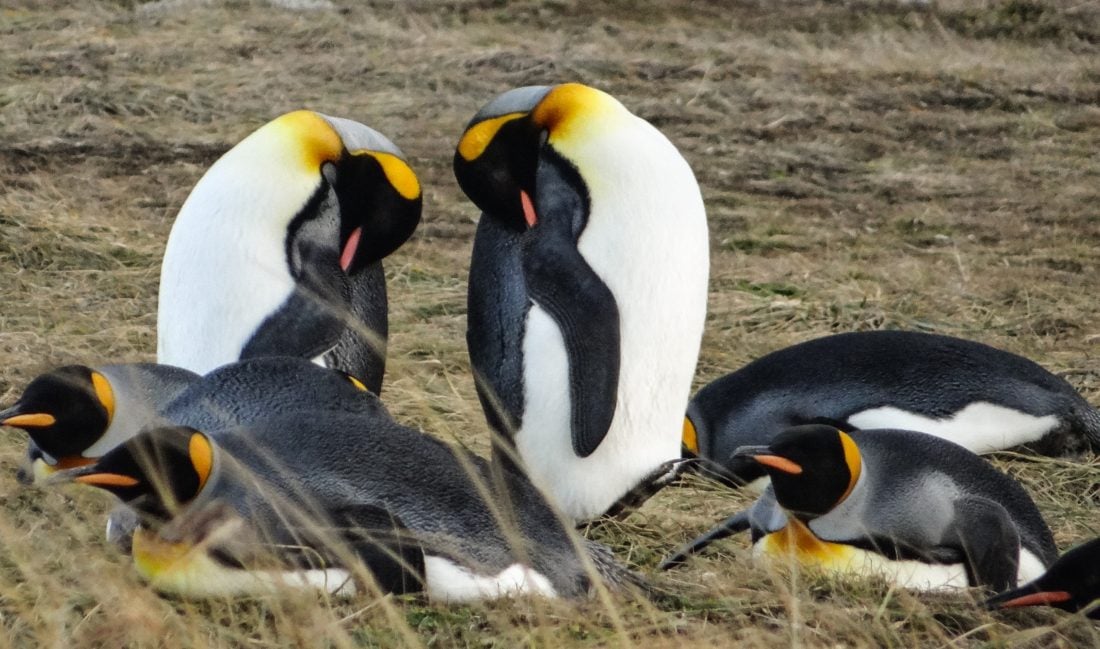 Antarctica
The Antarctic territory is more difficult to access, but we didn't want to leave these beautiful penguins out in case you travel to the end of the world. This is where the Adelie Penguin lives. You will be able to distinguish it by its black head, its eyes delineated in white and its pink legs. There's also the Emperor, the penguin giant. This species can travel more than 100 kms to reach the breeding colonies in the Chilean Antarctic territory. 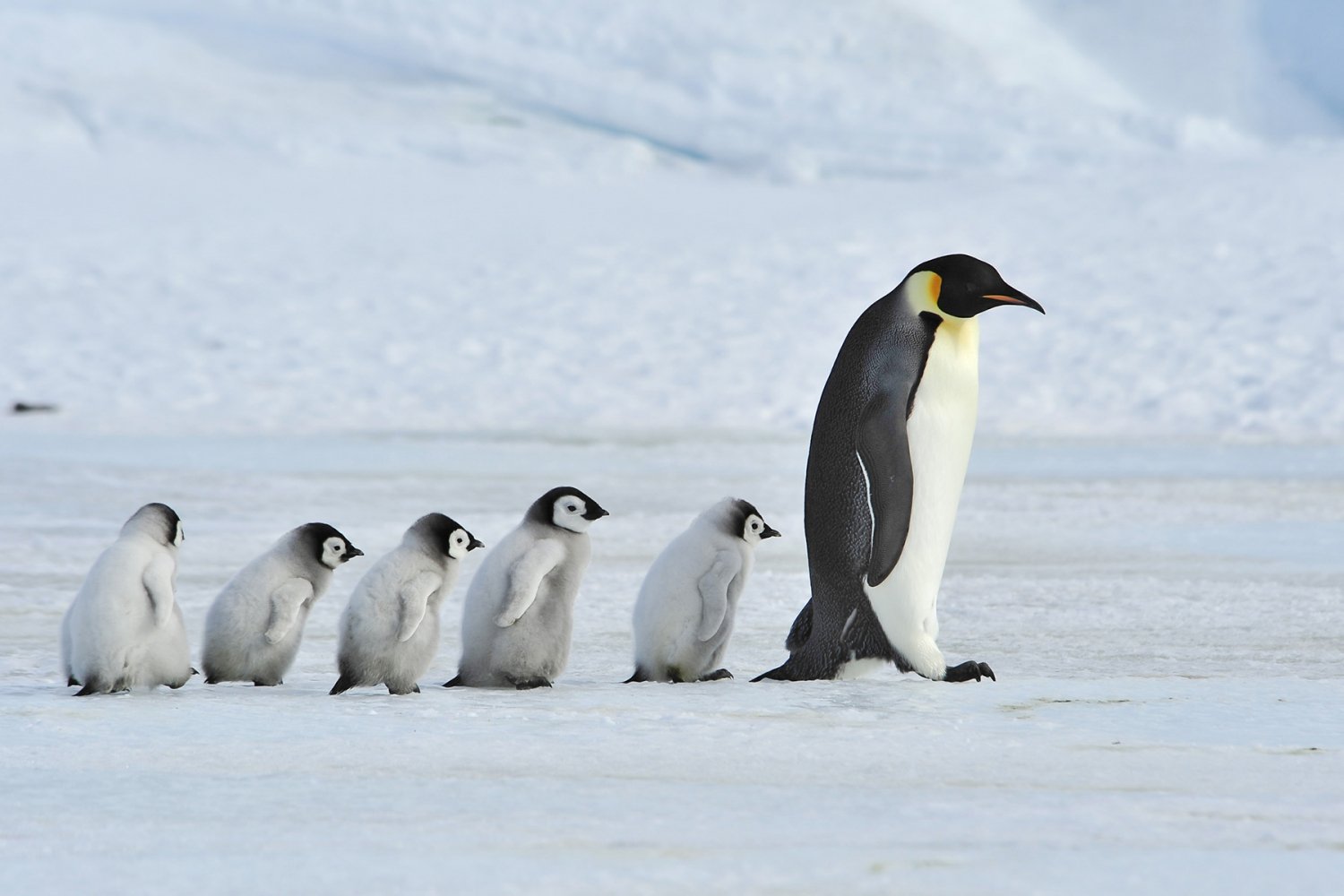 The Macaroni penguin also lives in this part of the world. Their plume is more orange than that of the Yellow Plume penguin and they gather on their foreheads, but they are dreamt of being confused.

The Chinstrap penguin is a skillful hunter of Chilean Antarctic territory and one of the most tender aspects of these birds.
Written by: Chile Local Expert
PUBLISHED: Dec 5th 2019 | UPDATED: Jan 27th 2021