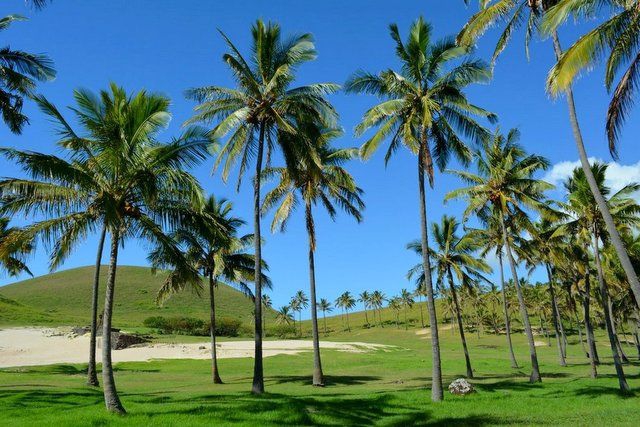 Anakena is the main beach on Easter Island, it represents the typical picture that you have when you think of a paradise beach. Its white and fine coral sand, crystalline turquoise sea, calm waves, and coconut palms (brought from Tahiti several decades ago) make it an ideal place for rest and leisure.

Anakena beach invites you to bathe at any time of the year, as the water temperature is maintained at an average of a pleasant 20ºC, with small variations in summer and winter.

Anakena is still a pretty unspoiled beach, with few swimmers, especially during the mornings (organized tours usually arrive in the afternoon) or in the low season, which allows, sometimes, to enjoy alone this small, remote, and beautiful paradise.
Anakena, origin of Rapanui culture 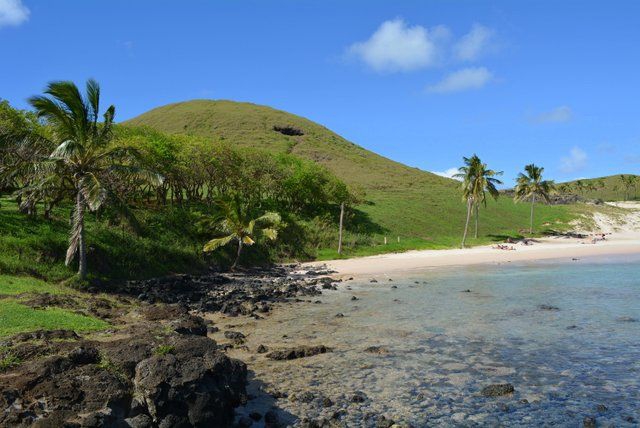 Anakena is not just an idyllic beach. This place is considered the cradle of the history and culture of Easter Island. It was here that the first king of the island, the Ariki Hotu Matu’a, landed with his men and established the first populated center that gave birth to the Rapa Nui culture.

Actually, the real name of the beach and the small bay is Hanga Mori o One, also called Hanga Rau Ariki or Kings Bay, in honor of the first founder. The beach name actually comes from a nearby cave where it seems that Hotu Matu’a could have been installed while building a house for himself.

A possible meaning of Anakena could be a cave (“ana” in Rapanui language) of Kena, an autochthonous name by which the masked booby (Sula dactylatra) is known, a sea bird that still nests in the island.

The archaeological complex of Anakena 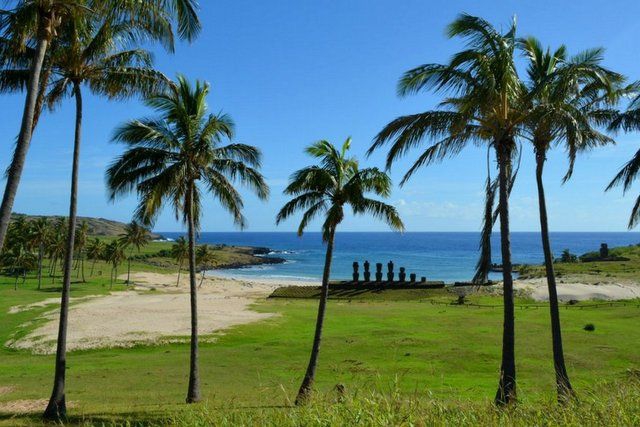 Nowadays important archaeological sites can be observed in Anakena, witnesses of the great cultural, social and religious development that occurred here. The oldest remains date from about 1200 AD and they are constituted by ceremonial centers on and under the surface, habitations sites, and other vestiges of primordial relevance to understand the past of the island.

Besides all this, there are also many things you can do at Anakena Beach, such as: 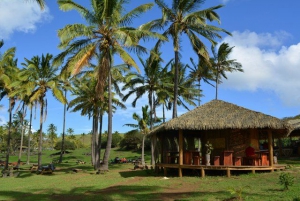 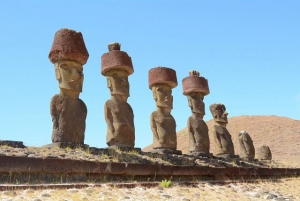 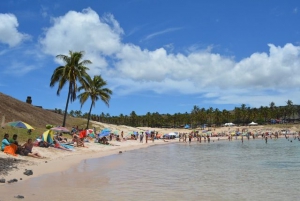 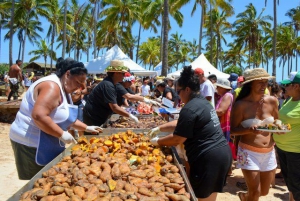 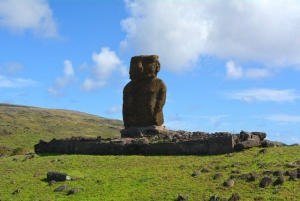