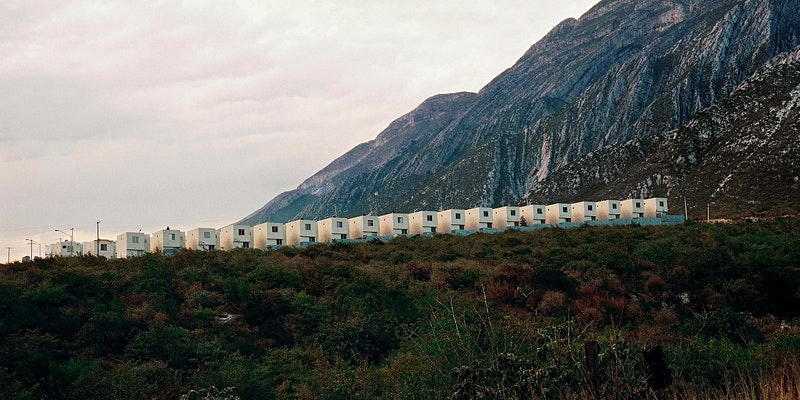 Please join us for a Masterclass lecture with the photographer, bookmaker, and publisher Alejandro Cartagena where he will discuss his projects that broadly address issues of immigration, suburbia, commerce as well as his photobook and self-publishing practice.

Alejandro Cartagena, Mexican (b. 1977, Santo Domingo, Dominican Republic) lives and works in Monterrey, Mexico. His projects employ landscape and portraiture as a means to examine social, urban, and environmental issues. Cartagena’s work has been exhibited internationally in more than 50 group and individual exhibitions in spaces including the Fondation Cartier pour l’art Contemporain in Paris and the CCCB in Barcelona, and his work is in the collections of several museums including the San Francisco MOMA, The J. Paul Getty Museum, The Museum of Contemporary Photography in Chicago, The MFAH in Houston, the Portland Museum of Art, The West Collection, the Coppel collection, the FEMSA Collection, Museum of Fine Arts in Houston, the George Eastman House and the Santa Barbara Museum of Art and among others.

Cartagena has received several awards including the international Photolucida Critical Mass Book Award, the Street Photography Award in London Photo Festival, the Lente Latino award in Chile, the Premio IILA-FotoGrafia Award in Rome, and the Salon de la Fotografia of Fototeca de Nuevo Leon in Mexico among others. He has been named an International Discoveries of the FotoFest festival, a FOAM magazine Talent, and an Emerging photographer of PDN magazine. He has also been a finalist for the Aperture Portfolio Award and has been nominated for the Santa Fe Photography Prize, the Prix Pictet Prize, the Photoespaña Descubrimientos Award, and the FOAM Paul Huff Award. His work has been published internationally in magazines and newspapers such as Newsweek, Nowness, Domus, the Financial Times, The New York Times, Le Monde, Stern, PDN, The New Yorker, and Wallpaper among others.