This small urban oasis, called "Barrio Santa Lucia - Mulato Gil de Castro - Forest Park" by the Regulatory Plan of the I. Municipality of Santiago, recognized by the collective consciousness as Barrio Lastarria and Barrio Bellas Artes, has its urban development in the middle of the nineteenth century, with the construction of the Parish of Vera Cruz, completed in 1857 and some families settled around; but, between 1872 and 1910, with the remodeling works of the Santa Lucía hill, the creation of the Forest Park and the construction of the National Palace of Fine Arts, the neighborhood consolidates as such, and important figures of our history come to live in it , like Mrs. Victoria Subercaseaux, cousin and wife of the former mayor of Santiago Benjamín Vicuna Mackenna;

Pedro Aguirre Cerda, president of Chile between 1938 and 1941, and the liberal writer and thinker don Jose Victorino Lastarria. Intellectuals and well-known artists of our country also lived in this place, such as the architect and painter Nemesio Antunez, the painter Camilo Mori, the novelist Luis Orrego Luco, among others. 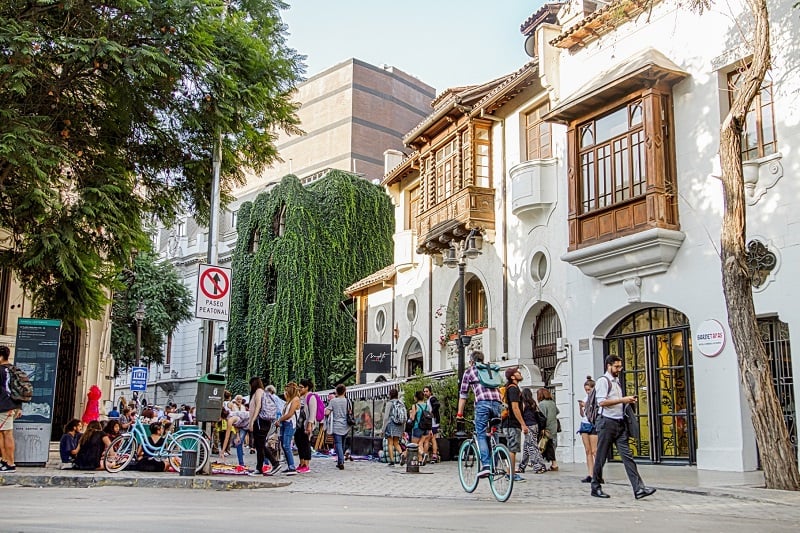 During the first half of the 20th century, buildings and houses with interesting morphological characteristics were built, designed by renowned architects such as Duhart, Bolton, Larraín Bravo, Prieto Casanova, Ernesto Ried, Luciano Kulczewski, among others. find the one that was his house and workshop - in United States street -, built in stone, today declared Historic Conservation Property.

The sector was declared a Typical Zone (ZT) in 1997, thanks to this fascinating architecture, as well as the historical monuments that give this value to the environment: the Palace of Fine Arts, the Bruna Palace, the Posada del Corregidor, the Church of the Vera Cruz, among others.

At the end of the 20th century, the environment was renewed: facades were restored and old buildings were restored, as was the case of the Parroquia de la Vera Cruz, declared a historic monument, whose restoration was carried out between 2001 and 2002. The pedestrian street Lastarria, from Rosal to Merced, where today, an Antiques and Books Fair is installed on Thursday, Friday and Saturday, at about 10 o'clock in the morning. On the other hand, the I. Municipality of Santiago in recent years, has made improvements in the public space of this sector, illuminating the Santa Lucia Hill, the Church La Merced, widening paths and opening the way for pedestrians in Monjitas and Esmeralda streets . Undoubtedly, a real oasis camouflaged in the busy and busy center of Santiago, an open walk to explore it thoroughly, where every corner is a story ... 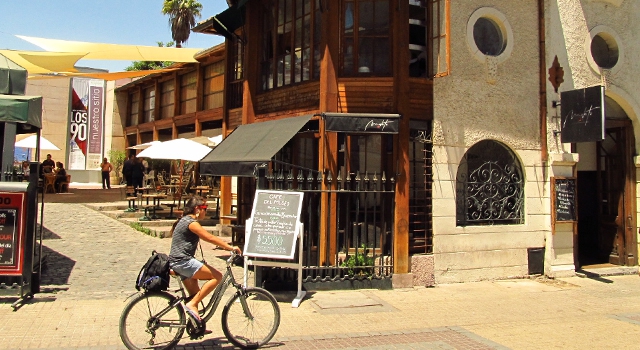 Culinary pole forced for those who enjoy good food, where different cuisines coexist in harmony to satisfy all tastes; new restaurants have arrived to give the best of their letters to the guests: Lucía Bistro, Tambo, Gabriela Restaurant, Mulato, among many others, without forgetting the trajectory of those who, for many years, have made history: Les Assassins, with its 48 years in the neighborhood, and Ristorante Squadritto with almost 20. Barrio Lastarria, in turn, is a powerful showcase for Chilean design, clothing, accessories and objects, also converging with art, books and music.

The culture is lived in depth: museums, cinemas, theaters, cultural centers and art galleries, so that the visitor gets a complete panorama. Barrio Lastarria is the ideal place for tourists: with a varied offer of accommodation, they make this neighborhood an ideal place for visitors who want to stay in the center of Santiago, with the tranquility of a residential neighborhood, but a its time, bohemian and entertaining ...

In short, historical monuments, heritage architecture, some streets that still preserve their original cobblestones, the joint activities that take place there, and today, the existing gastronomic chord, as well as the interest of designers and artists to insert their showcases in this sector, Barrio Lastarria, despite its outlines of modernity, maintain its urban characteristics of yesteryear and above all, that breathes in that tradition that makes it particular, as a small tribe, within this great city.